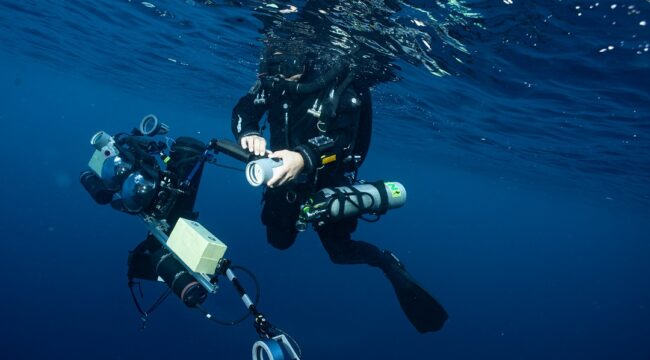 More than fifteen years of experience in underwater photogrammetry surveys have led us to develop an original methodological and instrumental approach for the survey of large underwater surfaces in collaboration with the CNRS (LIS UMR 7020). We are now working on the development of new survey tools, including the KarKam system.

More than fifteen years of experience in underwater photogrammetry surveys have led us to develop an original methodological and instrumental approach for the survey of large underwater areas in collaboration with the CNRS (LIS UMR 7020). Indeed, when surveying large underwater areas, several problems arise and deserve a clear and repeatable answer. First of all, it is necessary to ensure that the scale remains in the same order of accuracy over the entire site. On a large site (more than 10 x 10 m) a new scaling approach must be implemented. We opted for a stereo system, composed of two electronically synchronised full frame reflex cameras, mounted on a rigid aluminium bar. This provides a standard base for each shot after calibration. Indeed the distance between cameras is stable and calibrated beforehand.

In addition, if the stereo component of the system effectively produces twice the number of images to be processed, it ensures a perfect image orientation within the whole model. Each stereo couple being already relatively oriented, the link between the neighbouring couples is stronger. We also worked on scene lighting: recent progress of LED technology has allowed us to find on the market underwater torches developing 66000 Lumens.

KarKam, the system we have developed is composed of two synchronised Nikon D700, each in a Nauticam housing, mounted on a fixed and undeformable base, calibrated beforehand and on which are placed three torches of 66000 Lumen each. The light management ensures an almost ‘terrestrial’ quality to the stereo shots. This original system, developed for large-scale photogrammetric surveys, ensures a quantifiable metric and chromatic quality to the surveys produced. It has been designed to be easily embarked on a dive scooter and thus allows the efficient and fast survey of large and complex areas. For now, we are using KarKam on natural substrate and on wrecks. The first results, already conclusive, will be published in 2022. 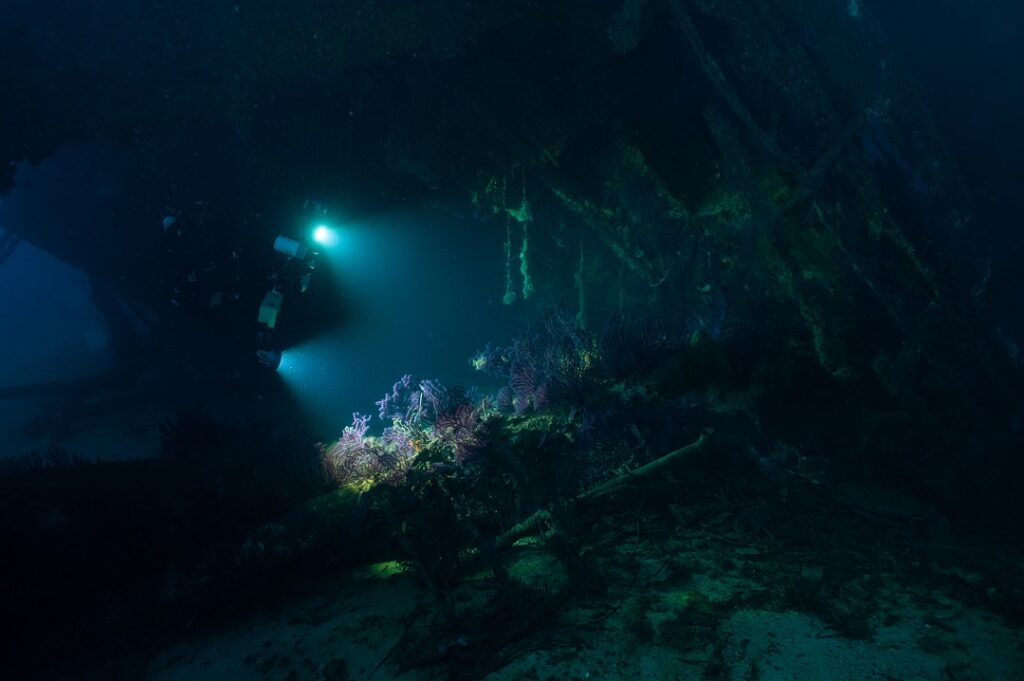 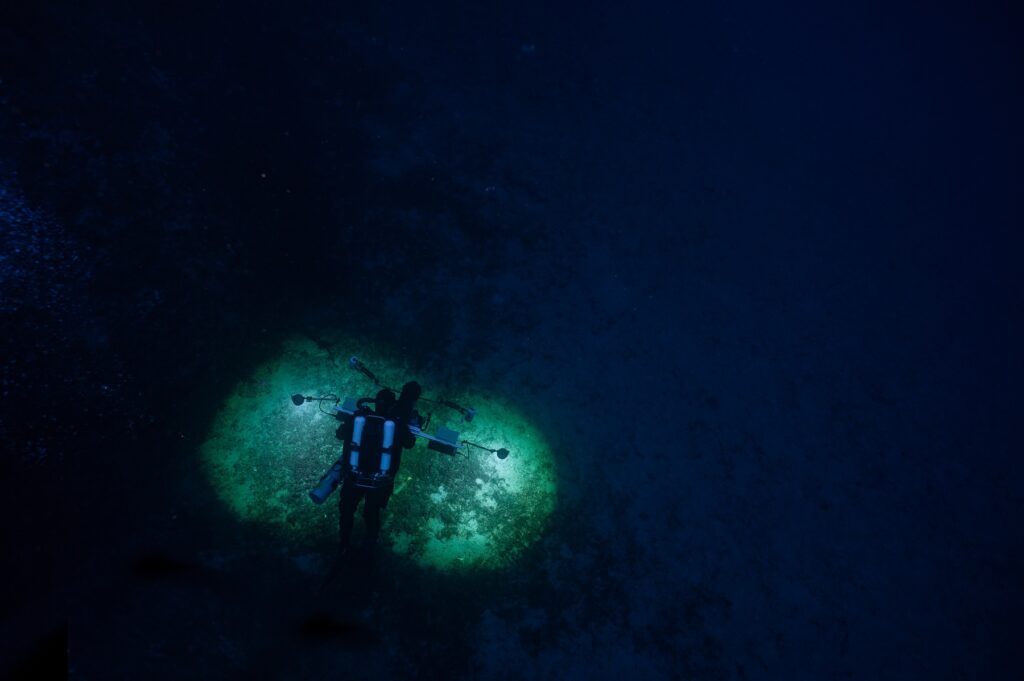