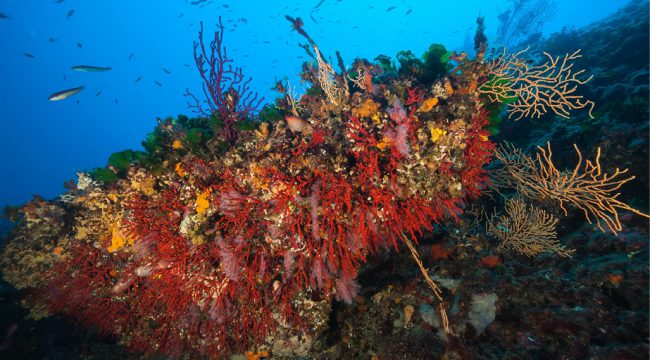 PHOTOGRAMMETRY FOR THE POPULATION DYNAMICS STUDY OF FIXED SPECIES

We use photogrammetry to study the structure and dynamics of red coral Corallium rubrum populations. In collaboration with the LIS, we have developed a methodology and specific tools for monitoring red coral by photogrammetry. This monitoring has allowed the characterization of these populations concerning their intrinsic dynamics and their habitat according to the different management methods implemented in different Marine Protected Areas: the Calanques National Park, the Cerbere-Banyuls Marine Reserve and the Natural Marine Park of the Gulf of Lion

Long-term monitoring protocols using photogrammetry have thus provided information on the dynamics of C. rubrum in certain MPAs of the Mediterranean basin. It also gave insights on the capacity of these habitats to cope with future disturbances (e.g. poaching, arrival of invasive species, major climatic events similar to the heat waves of 1999 or 2003). By using photogrammetry on fixed sessile species it was possible to obtain: i) measurements in all three dimensions of space, without touching or manipulating the colonies; ii) to acquire a large amount of data with a limited number of dives: our experience have shown it is possible to obtain biometric data from more than a hundred colonies during a single dive in the 20-metre depth zone, iii) to considerably increase the measurement precision (to tenth of a millimetre for height), iv) to allow subsequent measurements according to new scientific or management questions by archiving photos, and v) to study associated species within red coral dominated communities. These studies on a heritage species allow, among other things, to evaluate the effectiveness of the management measures taken by the Marine Protected Areas for their conservation.

>> link to our recent scientific publication (Richaume et al., 2021) valorizing these data in the context of the management of two MPAs: 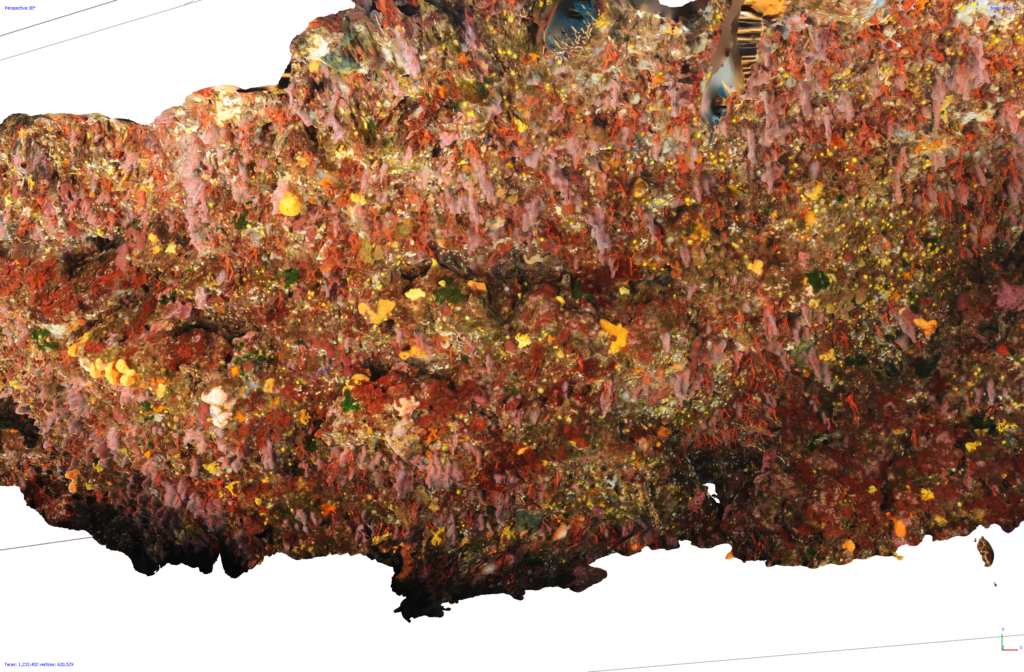 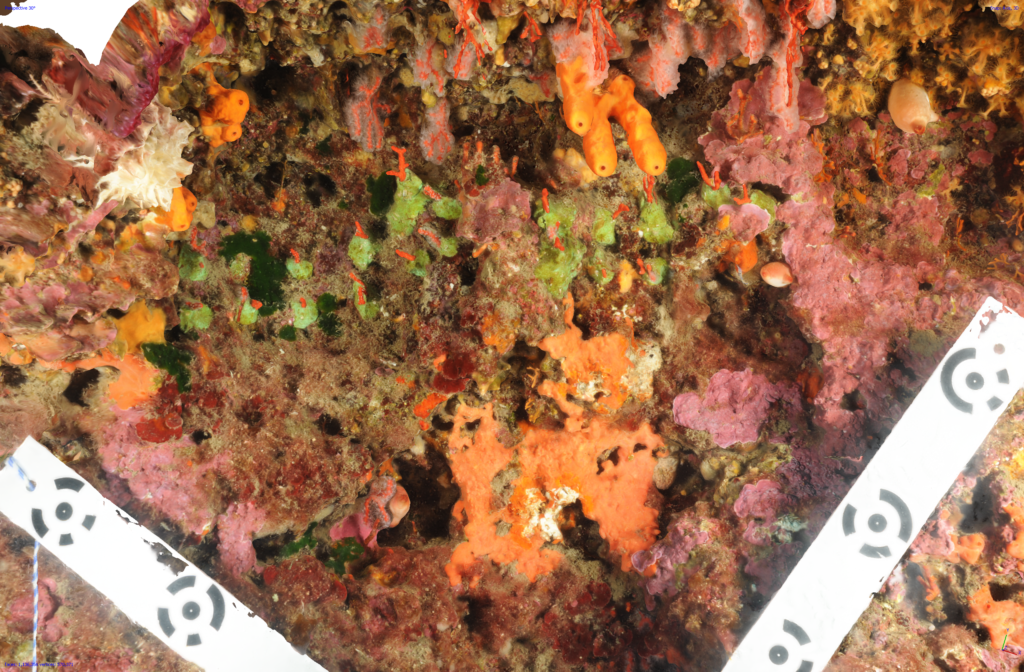